Philippe Dollfus received the Ph. D. degree in sciences from the University of Paris-Sud, Orsay, France, in 1989. He joined the Centre National de la Recherche Scientifique (CNRS) in 1989 as a researcher at the Institut d’Electronique Fondamentale (IEF), Orsay, France. He currently heads a group of computational nanoelectronics. He has been involved in the development of the Monte Carlo technique for transport and device simulation. His original research interests were focused on transport physics in III-V and IV-IV transistors, transient radiation effects in SOI MOSFETs and spintronics in semiconductor structures. His research activity currently includes the physics and modelling of quantum transport in advanced nanodevices, including multi-gate nano-MOSFET, quantum dots, resonant tunnelling diodes, quantum wires, carbon nanotubes and graphene. He is member of the editorial board of Journal of Computational Electronics. 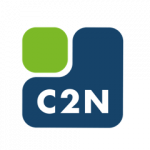